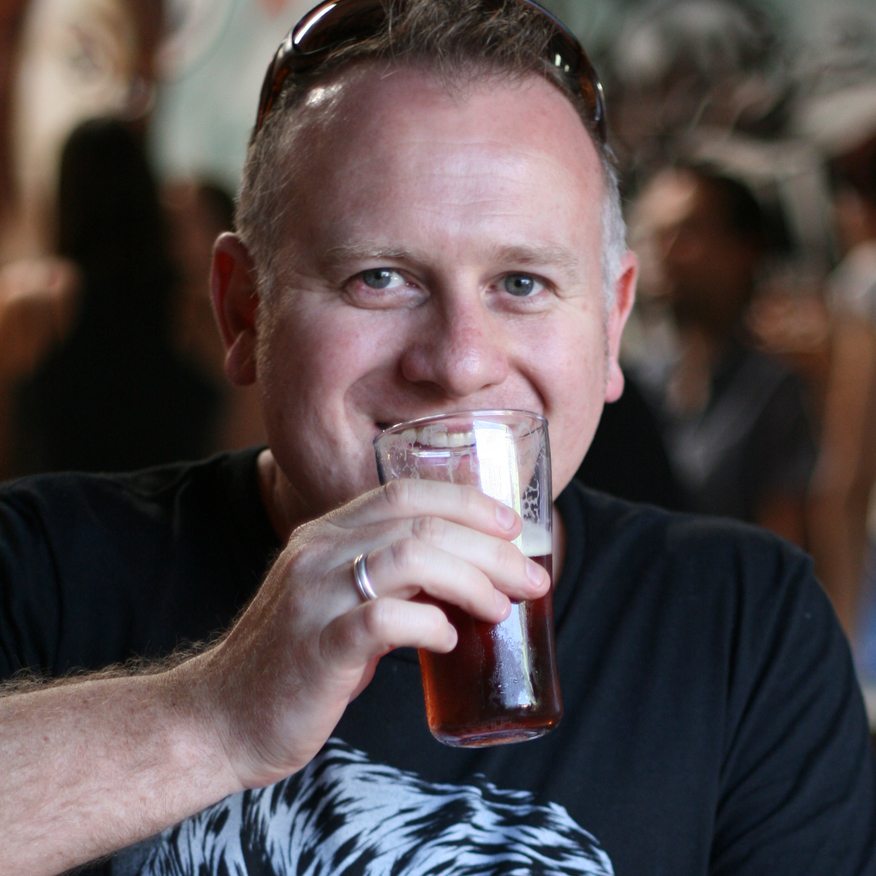 Blair Sayer: The man behind our kooky beer can designs

You can tell you’re fact-to-face with a Blair Sayer design when you see skulls etched into his work. “It used to be zombies,” he says. “I got a lot of work drawing zombies.”

“The first can I did with the Australian Brewery was ‘Alchemy’,” he says. “I still love that design and it’s my favourite beer of theirs.”

Nonetheless, there’s a lot that runs through the mind of Blair Sayer – and it isn’t just skulls. Here’s a little run down of what makes this artist tick.

What helped him along in the process of designing an Australian Brewery Beer can was a pure love of beer. However, that’s not where the love affair stops.

“I am an amateur brewer myself, and not only love to imbibe craft beer, but love craft beer labels,” he says.

(Here’s a selection of his own home brew labels).

As an artist, Blair is often inspired by the ‘story’ behind what he’s designing. When it came to designing ‘Seis Hermanos’, he went a little further south than the border.

“For some reason I wanted to illustrate hops and barley (and a skull) almost like a Mexican gang tattoo,” he says. “The style evolved past that but that’s kind of what triggered in my brain.”

Mexican scorpions also featured in his artwork that portrays “Seis Hermanos”, or six brothers in Spanish.

“Before I left NZ, I lived very close to an open air sanctuary so I had a some of the healthiest native birds I’d ever seen visit my front yard,” he says. “Now I live out west, opposite a reserve, and I am blessed again with some beautiful native wildlife visiting my yard.”

He may love birds but he isn’t fond of all Australian fauna. “I am not too keen on the snakes and spiders…anything that wants to kill me,” he says.

Ok, we’re sensationalising a tad but to grasp the true ethos of Australian Brewery Beers, he paced his way through a few too many preservative-free cans.

“I’m guilty of having more Australian Brewery cans than I should because they are just so drinkable,” he says. “I’d like to add that moderation should be encouraged – even if AB brews don’t contain preservatives.”

From Mambo shirts to cans of beer, Blair Sayer falls head first into experiencing every inch of a brand.

“Every gig is different but beer work and Mambo are both fun,” he says. “Something to wear, something to drink!”

5 trendy foods to try this Easter

Instead of the standard, why not create a delicious and decadent Easter feast using these top five fresh and on-trend...

The Secrets To Good Italian Cooking

Think Italian cooking is all about the laborious processes of kneading dough and stewing tomatoes? Think again! Here are a...

Oops! We could not locate your form.